My Mother-in-law came out to stay for the weekend last week, and brought a couple of bottles of Champaign with her. Well I could'nt let her drink alone could I, and come Monday there were two empty bottles.
Then this week I found these on the net whilst researching: 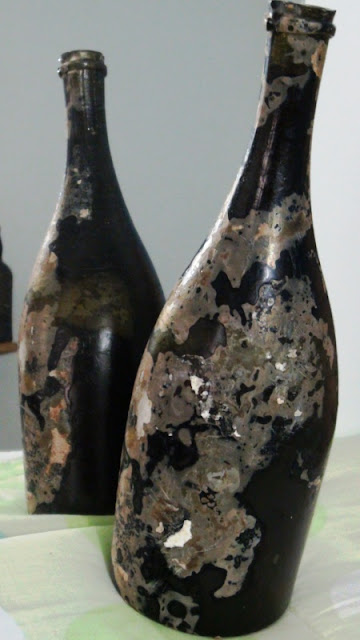 One bottle had gone to the recycling Monday morning when my wife went to town, but the other was still here. So..........

Voila!
I have read that during the early to mid 18th century many bottle lables were hand written. I might try that next time. Have to invite Mother-in-law back again soon!
Posted by Keith at 02:40

Ah, now if it was only full of what the label says!