Apparently up until 1740, all tin plate used in the New World was imported from England. I had great difficulty in tracking down any information on tin cup use in the 18th century, and was starting to look for alternative vessels, but then I found this PDF http://nativeamericansofdelawarestate.com/Bloomsbury/19__0013.pdf

It sais that handles on these cups were soldered on, and not an integral part of the cup. Samples found had no handles, so it is likely that these cups may have been placed on the fire to boil water or for cooking, and the heat melted the solder and the handles fell off. This point is important, because (1) it means that modern made tin cups are not the same as 18th century cups, and (2) if you are going to use your cup on the fire, there is no point in adding a handle in the first place.
This means if you can find a modern tin which is about 4 inches in diameter by 3 inches high, you have youself a tin cup. ( I note that the tuna cans in our pantry are about that size!).

"A wire bail handle appeared to belong to the tinware" (quote in above PDF). This is refering to the two tin cup remains that were found without handles. So was this a wire bail as in a bail on a kettle, or was it a bail as in a makeshift handle? Either would seem appropriate and something that could/would have easily been done given that the cups had probably previously been used on a fire, and that the handles had fallen off. 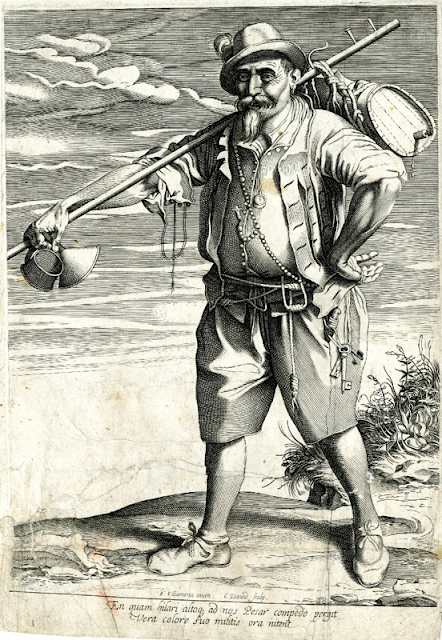 You can see what appears to be a tin cup in his right hand. 17th century. 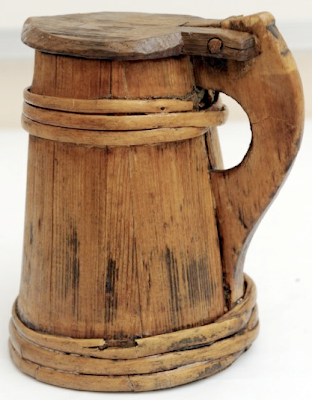 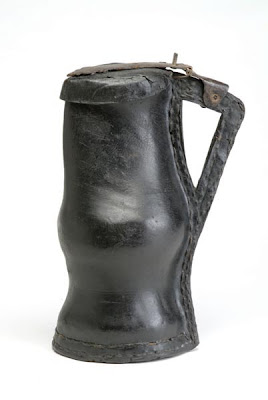 Sometimes we don't know how good we have it, even with the simplest of matters.

You are right there Gorges.
Keith.