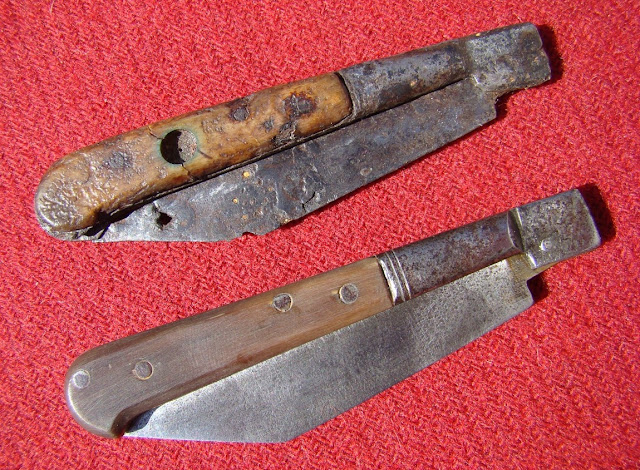 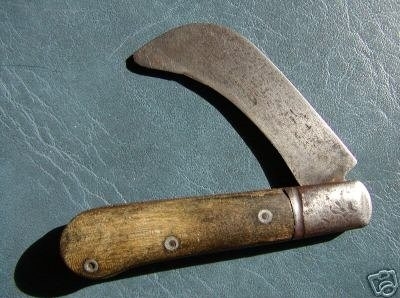 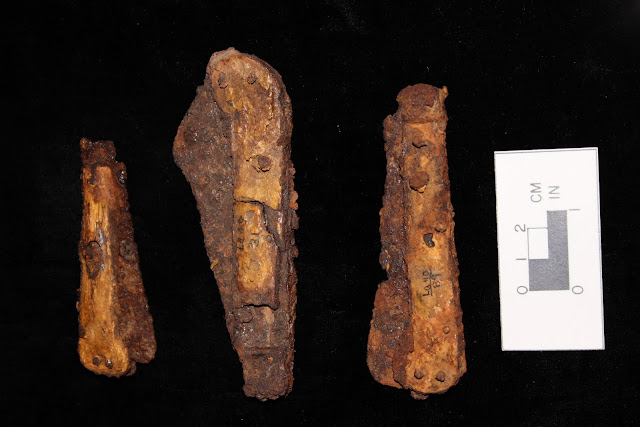 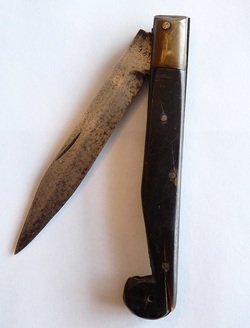 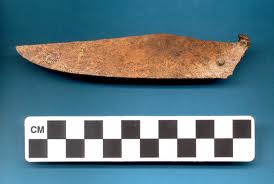 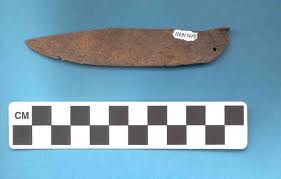 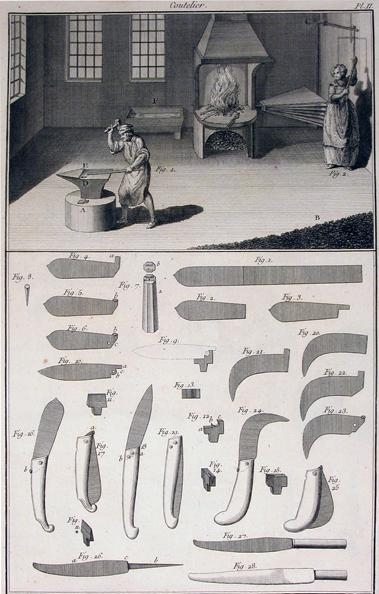 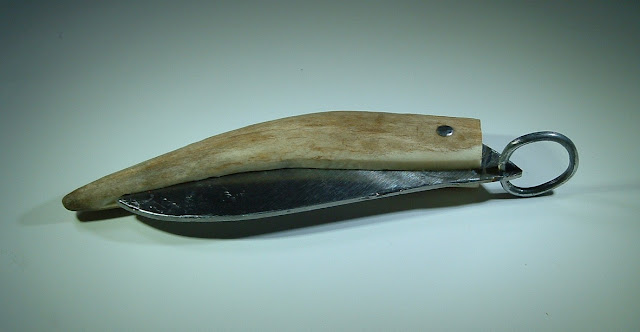 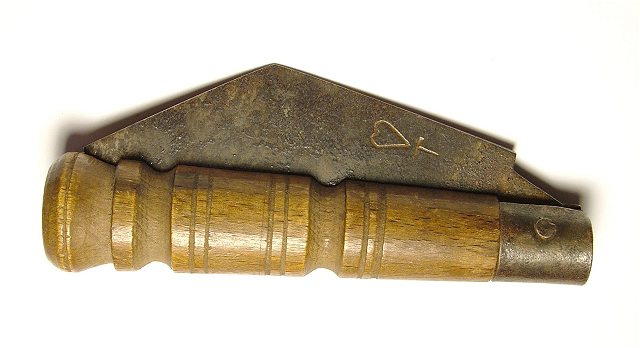 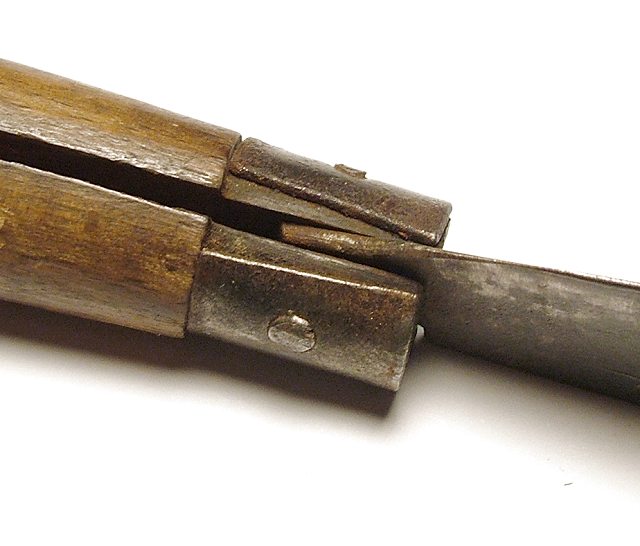 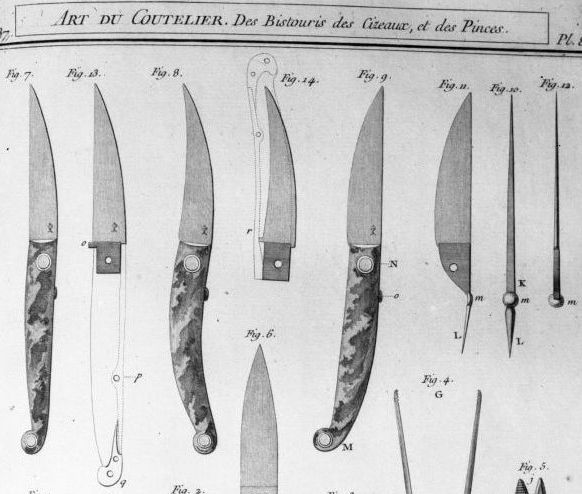 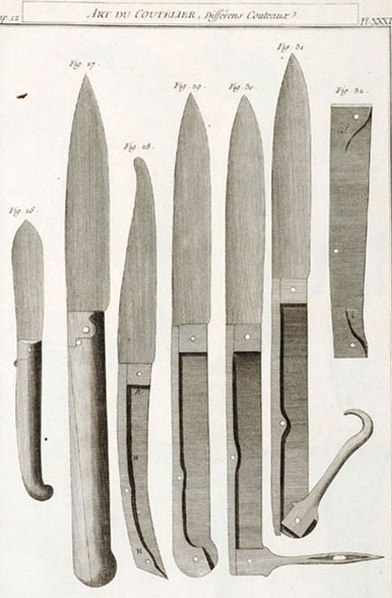 A lot of variety there!

That is awesome - thanks Loup!

So the locking stud on the back is Spanish/French in the 1770's, as far as we know? Odd that something so fundamental as a locking blade seems unknown for so long - but I guess lots of stuff is obvious in retrospect.

I've been admiring this one recently (but not the price tag) -
http://www.ebay.com/itm/EARLY-STEER-HORN-HANDLED-FOLDING-POCKET-KNIFE-BLACKSMITH-FORGED-ANTIQUE-1700S-/290697571835

Tags are below the images Jenny, the 1770s one is above. The Spanish lock knives are simly classed as 18th century, which I always find annoying because this covers 100 years!!! These could be earlier that the 70s.
Keith.

WOW. A lot of material to think about.

Did the ring on the friction folders serve any purpose other than hang it up? I have often seen knives of the type with lanyards and thought those might be used to keep it shut in the pocket...

I think the main purpose Fimbulmyrk was to secure the knife so it can not fall. This would be especially important for seamen working high on the rigging. But this ring also serves as a lock, in so much as you can secure the open blade in place by placing your hand, or your thumb, over this ring & the tang.
Regards, Keith.

I know I am a little late to this conversation, but I am in need of a source base for constructing an object biography for an eighteenth-century pocket knife of possible Dutch origin that is being stored at Valley Forge National Park. If there are any sources you can provide for me, even as starting points for research or as possible leads for finding other primary sources, I would greatly appreciate it!