Settlers. Tools, weapons, and carrying.
Some people I know choose the actual settlement scenario for historical trekking events. But I wonder just how much thought goes into such an event beforehand. Settlers traveled by various means, by foot, by horse, and by water. If you are going by water, then carrying all your belongings is relatively easy. If by horse, or if you have stock, then these animals will probably be carrying belongings and possibly young children. But if by foot, then you have to think about who carries what among your group of travelers.
Think about your purpose. This is in the 18th century, you are not trekking for fun, you are trekking to a place to settle. This involves building some form of shelter, possibly some form of defences, toilet, and gardens. Gardens are extremely important. You can survive on just wild game, but sooner or later you are going to need some form of crops. In order to cultivate this garden you are going to need tools. Some tools can be made out of timber, but they are not nearly as efficient as metal tools. So let us look at some of these necessary tools and think about how we can carry them.
Tomahawks are a given, along with the knife and the gun, but what about felling axes and half-axes. Tools such as rakes can be made on site, but you will need at least two sizes of augers to make one, and these augers will be needed for constructing a more permanent shelter in time. Hoes will come in handy, as will a mattock and possibly a pick axe. You may also need some form of saw, either the larger cross-cut saw, or a blade for a buck-saw.
Handles or stails can be made for hoes on site, as can handles for mattocks and pick-axes, as they are similar in construction to the tomahawk helve. Axes though you may wish to use early on and not wish to have to wait until you can make a helve. Then there is the consideration of whether or not some of these lighter tools may not be of some use as weapons along the trail? A hoe for instance is not a heavy item, and a woman may be able to carry this tool over her shoulder as well as carrying a pack.
"I noticed particularly, one family of about 12 in number. The man
carried an axe and a gun on his shoulders. The Wife, the rim of a spinning wheel in one hand, and a loaf of bread in the other. Several little boys and girls, each with a bundle, according to their size Two poor horses, each heavily loaded with some poor necessities. On the top of the baggage of one, was an infant rocked to sleep in a kind of wicker cage, lashed securely to the horse. A cow formed one of the company ,and she was destined to bear her proportion of service - a bed cord was wound around her horns and a bag of meal on her back. They were not only patient, but cheerful and pleased with themselves with the expectation of seeing happy days beyond the mountains"
Diary of Presbyterian Rev. David McClure.
18th century.
We know that ordinary tools such as felling axes and hoes were also considered as weapons. There must have been many people using these tools for self-defence in situations where they are caught off guard in the barn or whilst working in the fields, but this following quote also shows that these tools were also considered for offence should the need arise:
“I gave orders to them to go home and fetch their arms whether guns, swords, pitchforks, axes or whatsoever might be of use against the enemy and for three days provision in their knapsacks”
Letter to Gov. Morris, from Conrad Weiser, Esq. 10/27/1755

Don’t forget the seeds. Even if you do not wish to carry the necessary tools for cultivation or the important supply of crop seed you can at least count them into your calculations when packing for the trail. Your packs may well seem too heavy, but maybe that was just the way it was. Certainly it was not just a walk in the park; everyone including the children had a duty to perform and a load to carry. 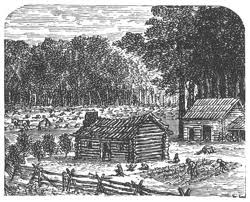 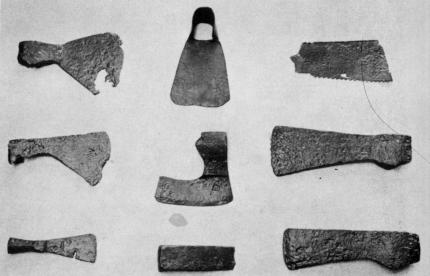 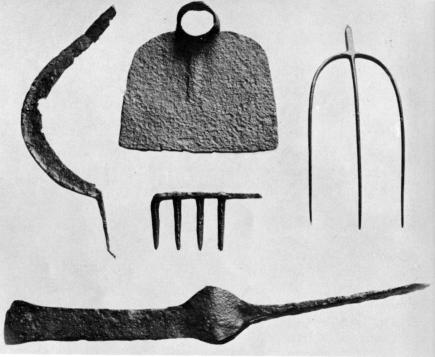 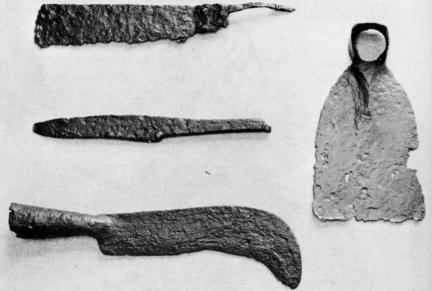 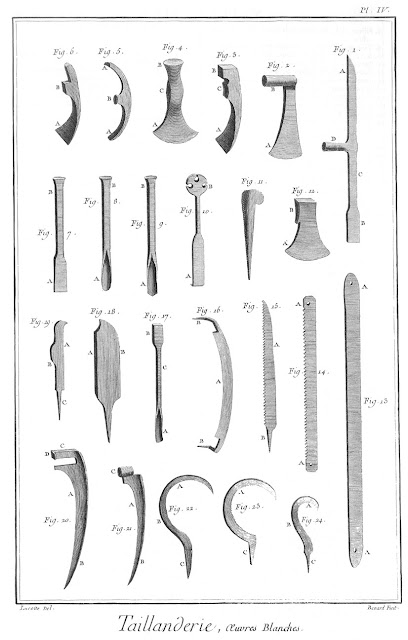 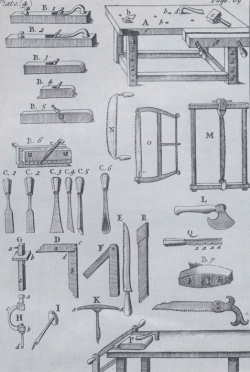 I love this post! I've been looking for that "spinning wheel on the shoulder" quote forever. Thank you!

I think you're right about the wood handles for many tools being made onsite. I don't suppose you have any idea how long before the tools of trade - looms, forges, and such - begin appearing among a young colony?

Jenny, still keeping me on my toes! Forges were in use in Jamestown, as were looms. I have posted info just for you in my latest post. I hope it is of some use. Information on the weaving of cloth is very conflicting, some saying there was no need as cloth was readily available. But as you & I know, there were areas where it was not available on the frontier.
Regards, Keith.