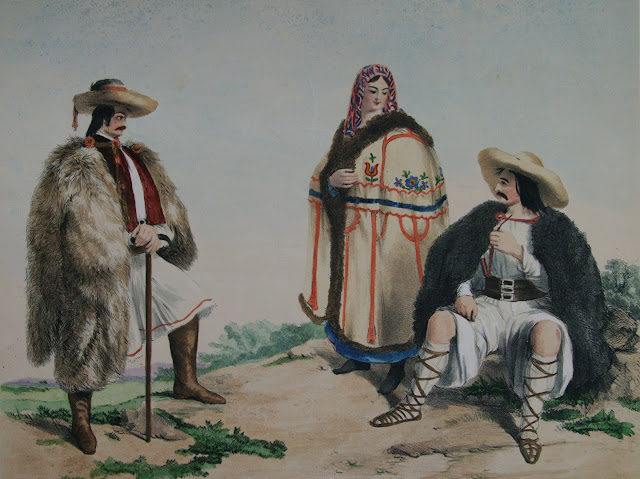 Painting by Stephen Catterson Smith depicting three peasants from Hodod, Transylvania. The shepherd to the left is holding a shepherd's axe.

As far as I am able to tell, the Shepherd’s Axe may have started life back in the 9th century as a Hungarian fighting axe. What distinguishes this axe from any other axe is its long helve or handle. In some writings it is described as being a walking staff, in others a walking stick. Basically it is a hatchet head on a long handle, it could be a square poll, hammer poll or a spike poll axe, it could also be a head of a hammer with a crook poll. Shepherds from a variety of European areas used these long handled axes for walking and protection. They were not capable of cutting down trees, but they could be used to cut small saplings and branches for constructing shelters and possible sheep pens.
This tool/weapon was still in use during the 17th and 18th centuries “……іn thе 18th century іn Rakoczi’s War fоr Independence аgаіnѕt Austrian soldiers. In thе 17th аnd 18th century, Hungarian Kuruc leader Imre Thokoly аnd hіѕ soldiers uѕеd Valaska, shepherd’s axes аѕ weapons”.
http://www.slovakiaonline.com/2014/03/10/valaska/ 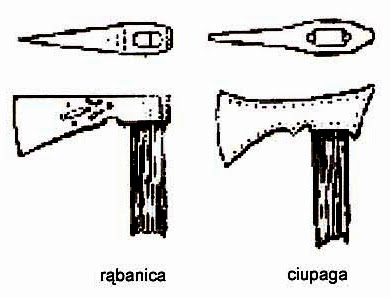 No information available on this image. 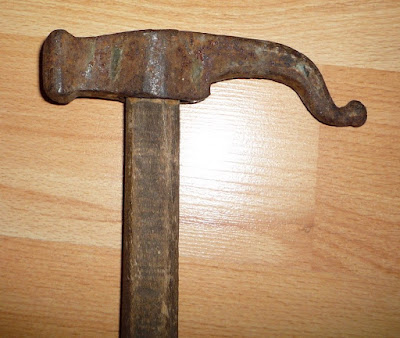 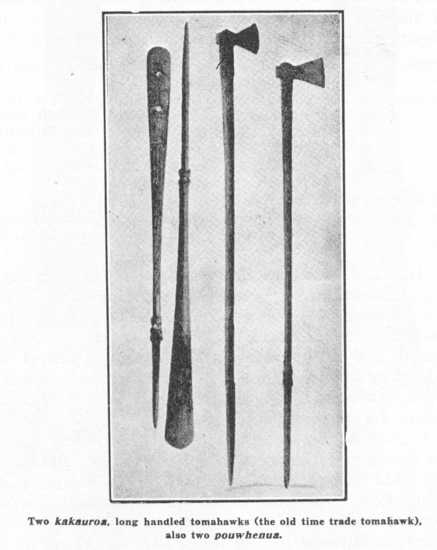 These were found in New Zealand. I suspect that these axes have been mislabeled. 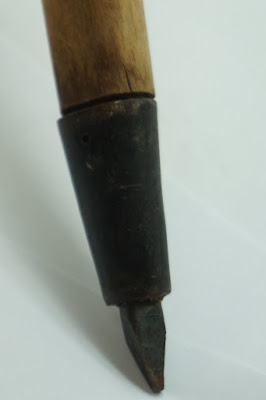 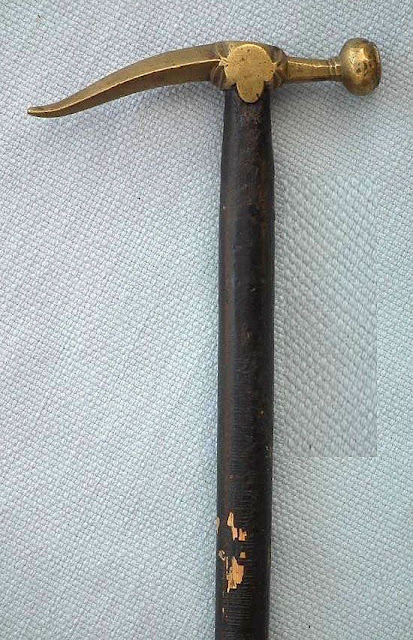 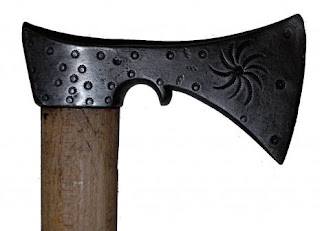 It is said that the shepherd would never be separated from his axe, so if any of these people did emigrate to Australia or North America in the 18th century, the chances are that the shepherd's axe came with them. Certainly there were Hungarian settlements in the 19th century.
Keith.
Posted by Keith at 22:31

That´s one heck of a cool article! By the way, up until modern days these axes are an integral part of traditional miner´s attire in Germany: https://de.wikipedia.org/wiki/H%C3%A4ckel_(Bergbau)

The site is in German, but the pictures tell the story. It was a parade weapon and walking stick as well as a tool for miners to estimate the reliability of rock and stone, and as a climbing help, of course.

In a similar manner, the "griesbeil" was used in European Alpine regions as a climbing and hiking help:

Even nowadays, more traditionally oriented mountain hikers in Austria, Switzerland and Germany use the "Griesbeil" or "Bergbeil" or "Berghaue" for their hiking and climbing endeavours.

They are mentioned in the beginning of Dracula as being carried by the Slovaks, although they are referred to as axe-headed staves.

Fimbul myrk. Thank you for the links, much appreciated.
Regards, Keith.