I take with me my dog, as a companion, for he is useless as to this game; my gun, for no man you know ought to enter the woods without one; my blanket, some provisions, some wax, vermilion, honey, and a small pocket compass.

With these implements I proceed to such woods as are at a considerable distance from any settlements. I carefully examine whether they abound with large trees, if so, I make a small fire on some flat stones, in a convenient place; on the fire I put some wax; close by this fire, on another stone, I drop honey in distinct drops, which I surround with small quantities of vermilion, laid on the stone; and then I retire carefully to watch whether any bees appear. If there are any in that neighbourhood, I rest assured that the smell of the burnt wax will unavoidably attract them; they will soon find out the honey, for they are fond of preying on that which is not their own; and in their approach they will necessarily tinge themselves with some particles of vermilion, which will adhere long to their bodies. 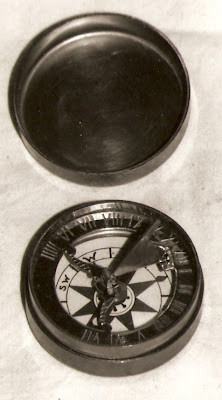 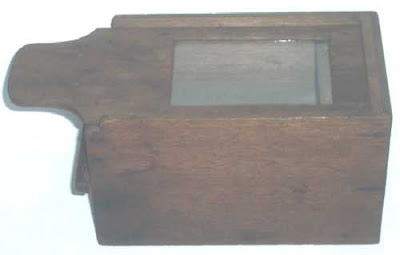 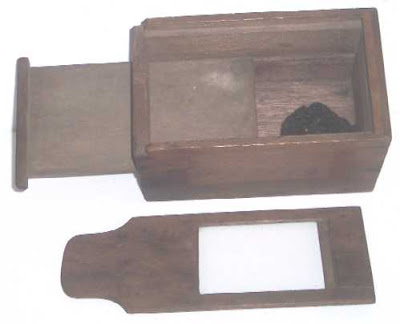 Bee boxes were also used to catch bees. Once in the box they were tagged with a down feather from a small bird and then set free. The feather could be easily seen and so the bee traced to its hive.
I next fix my compass, to find out their course,
which they keep invariably straight, when they are returning home loaded. By the assistance of my watch, I observe how long those are returning which are marked with vermilion. Thus possessed of the course, and, in some measure, of the distance, which I can easily guess at, I follow the first, and seldom fail of coming to the tree where those republics are lodged. I then mark it; and thus, with patience, I have found out sometimes eleven swarms in a season; and it is inconceivable what a quantity of honey these trees will sometimes afford. It entirely depends on the size of the hollow, as the bees never rest nor swarm till it is all replenished; for like men, it is only the want of room that induces them to quit the maternal hive. Next I proceed to some of the nearest settlements, where I procure proper assistance to cut down the trees, get all my prey secured, and then return home with my prize. The first bees I ever procured were thus found in the woods, by mere accident; for at that time I had no kind of skill in this method of tracing them. The body of the tree being perfectly sound, they had lodged themselves in the hollow of one of its principal limbs, which I carefully sawed off and with a good deal of labour and industry brought it home, where I fixed it up again in the same position in which I found it growing. This was in April; I had five swarms that year, and they have been ever since very prosperous. This business generally takes up a week of my time every fall, and to me it is a week of solitary
ease and relaxation.
Michel-Guillaume-Jean de Crevecoeur.1735-1813.

Australian natives bee hunting. Note the bags of honey they are carrying. 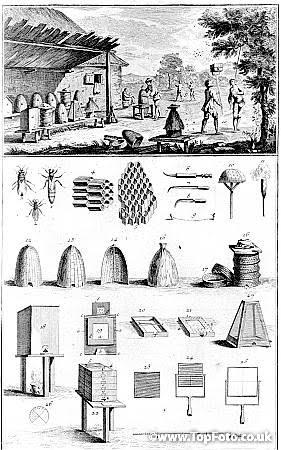 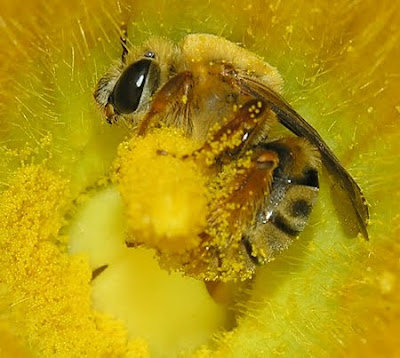