I have read that the purpose of the spill plane was primarily to produce kindling in a home where sticks and twigs were not available for making fire. I have no doubt that wood produced by this plane could be used for such a purpose, but it seems to me that it was infact designed to produce "spills". A spill was used to transfere flame from a fire to a candle, lamp or pipe for smoking. A spill was also used for making spunks by dipping one end of the spill in moulten sulphur. This spunk would then take fire from smouldering tinder in a tinderbox and could be used to light a fire, a candle or a lamp.

Spills made into spunks which I made by hand. 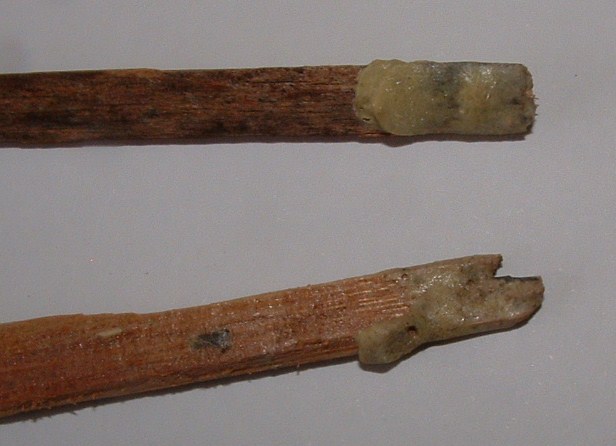 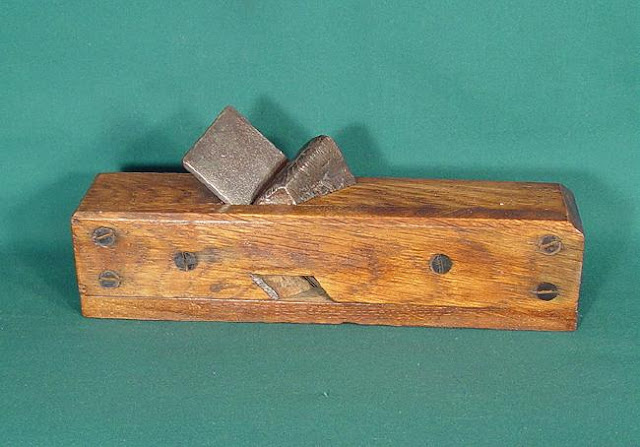 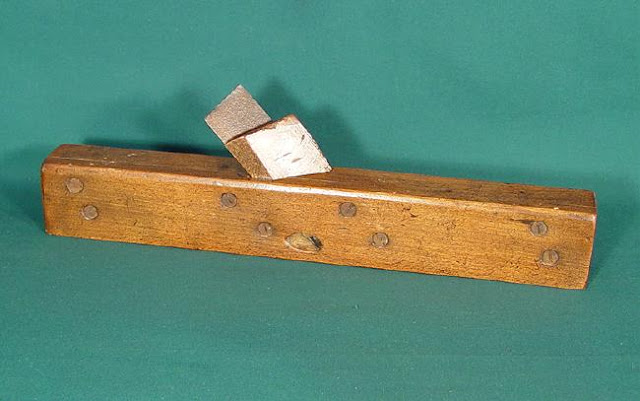 Two spill planes. Note the hole in the side of the plane just below the cutting blade in the top. This is where the made spills come out.
Posted by Keith at 20:47

Interesting. I believe I've heard of them.