The 18th Century Housewife or Hussif, and some Pocket Books.

The term Housewife refering to a sewing kit was first mentioned I believe in a dictionary in 1749. But for it to be posted in a dictionary at that time, it must already have been in common usage. The sewing kit retained this name and style right into the American civil war, and the same term was still in use in the late 20th century.
This sewing kit was also known as a hussiv and a hussif, depending on the English dialect being used. The term Hussif became very popular with many people regardless of where they came from. There must have been other forms of sewing kits, and no doubt the housewife developed from a simple roll of material which contained everything needed for mending clothing and cloth packs when away from home. It was especially popular with military personel. 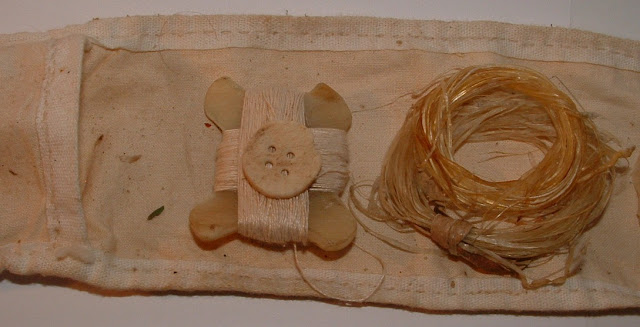 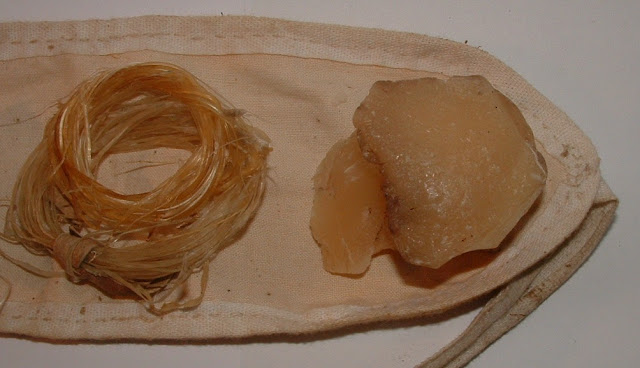 Sinew and beeswax. The beeswax is for waxing the linen thread. 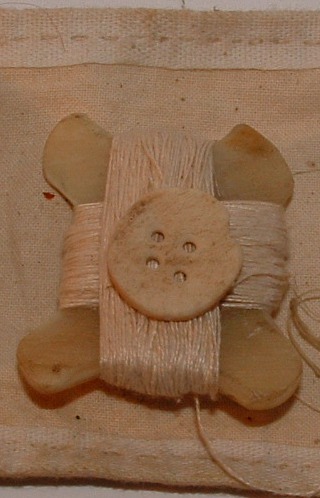 Thread winder and a bone button. Bone buttons were very popular in the early to mid 18th century. 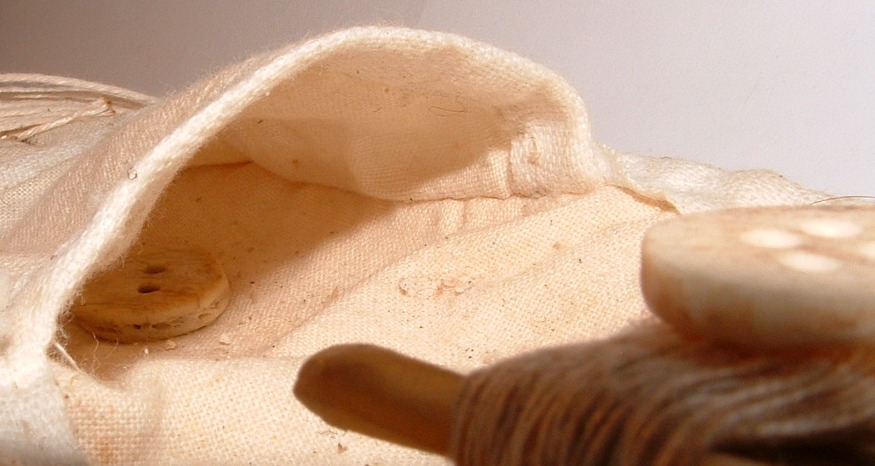 Looking inside the pocket on the housewife. 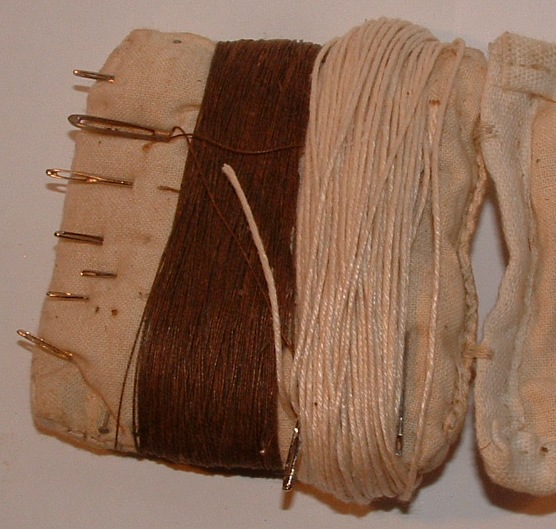 The attached pin cushion with a variety of different sized needles and two sizes of linen thread. The pin cushion is stuffed with unwashed sheep fleece which still retains its lanolin helping keep the pins from rusting. 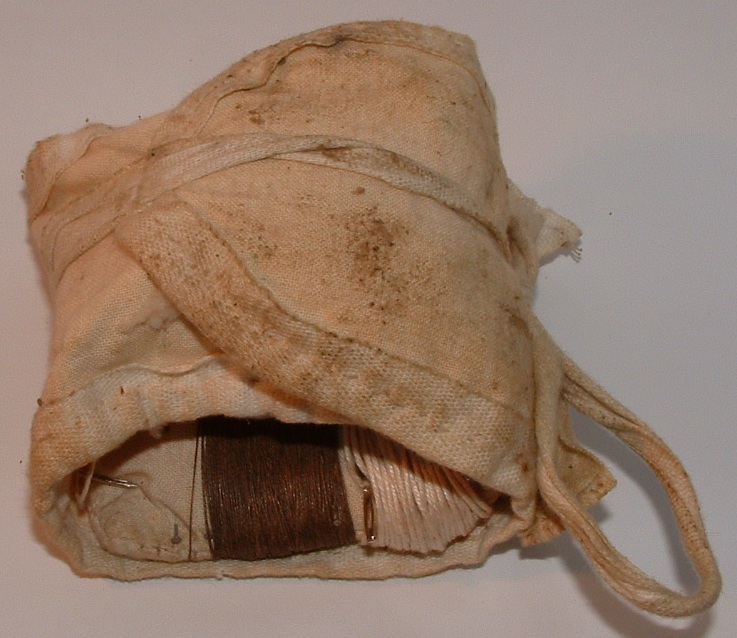 Rolled up and secured. Note that I taped the edges as per the original to make a neater and stronger finish. 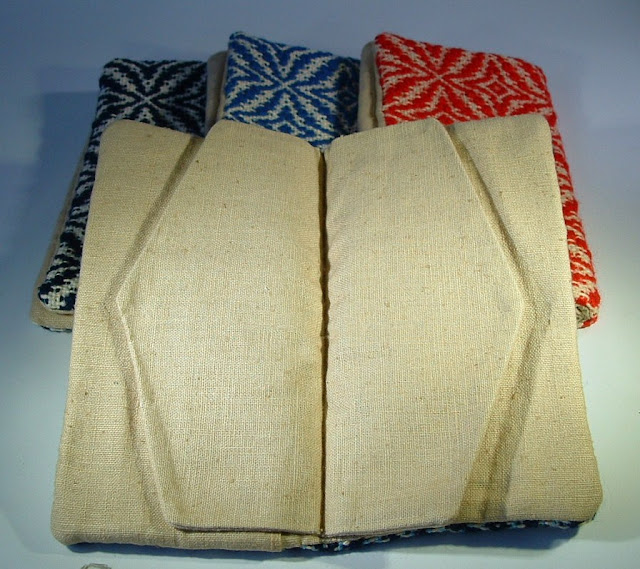 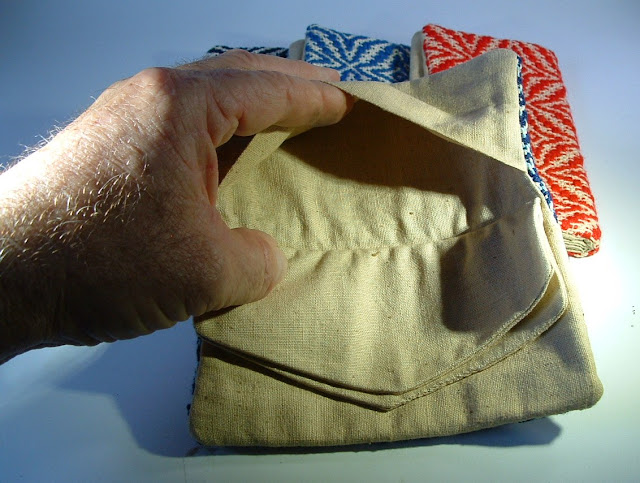 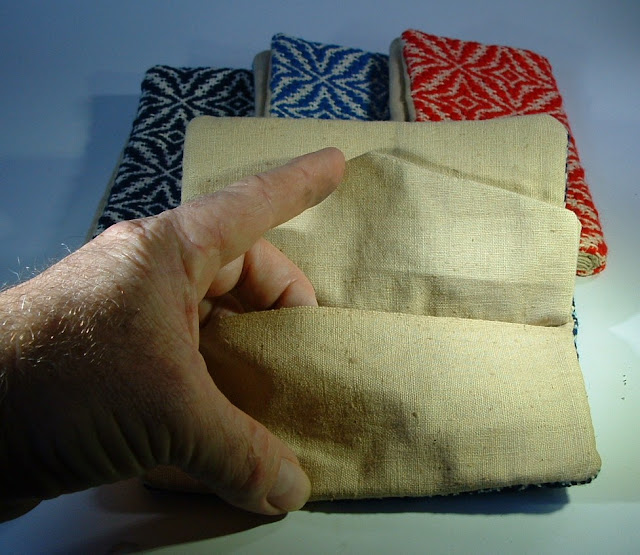 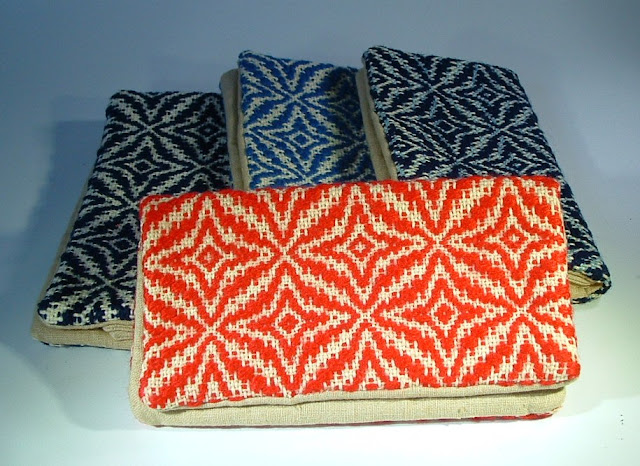 My wife coppied these from an original early to mid 18th century pocket book. The cover though a period pattern is usually found on bedding and is a loom woven overshot pattern. The original pocket book did not have this pattern. 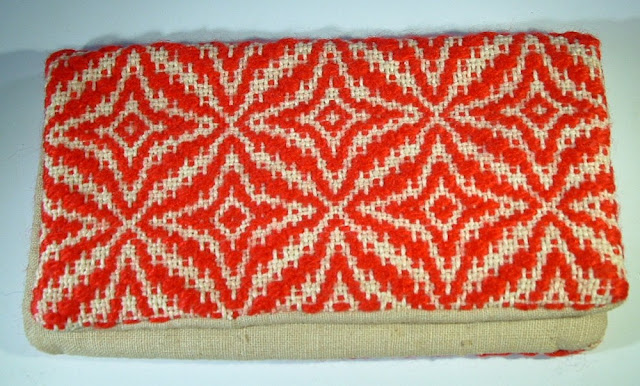 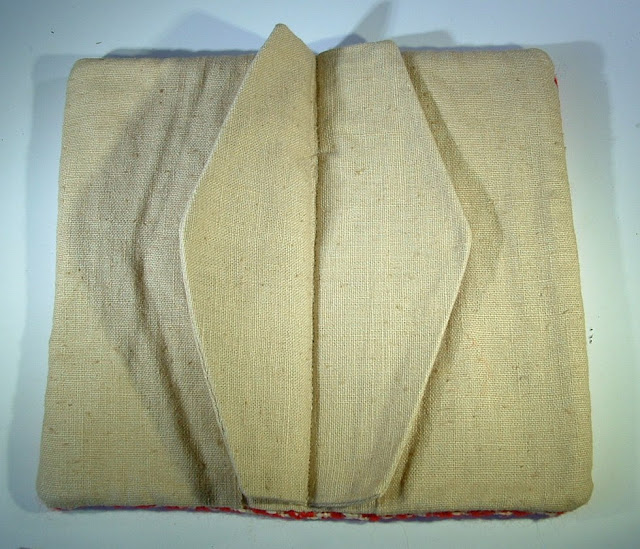 I would think it quite acceptable if a pocket book was also used to contain a sewing kit. As you can see from the image above, there are two pockets with flaps, one on each side.
Posted by Keith at 01:01

I was just scanning through your articles and links (my favourite night time hobby of late) and I came across this one with a smile.
Were you aware that, until very recently (90s?) the British army (and I believe other European countries also) still issued its soldiers with a "housewife", and it is still pronounced "Hussif"?

I have attached some links that might be of interest.

Thanks for all your hard work - your site is a mine of fascinating info!
Kevin Roche