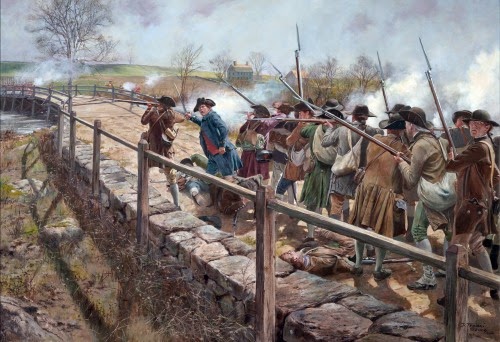 Don Troiani's painting of the fighting at Concord Bridge.