Many people are put off getting a flintlock because they require more effort to make them work properly. Others start off with a flintlock and then get rid of it because they can't make it work properly. This is a great pitty, because the flintlock is a very good tool if you get a good one. The ignition is fast, you don't have to worry about running out of percussion caps or getting them wet, and there is a certain amount of romance in a flintlock, it comes from a very interesting era.
Having said that the flintlock was in fact still in use well into the late 19th century, woodsmen and mountain men would not trust anything but a flintlock in wilderness areas. The percussion guns did not really get popular until there was plenty of traders stocking the caps, and even then it was only the wagon train scouts and similar people who finally started using the percussion guns. 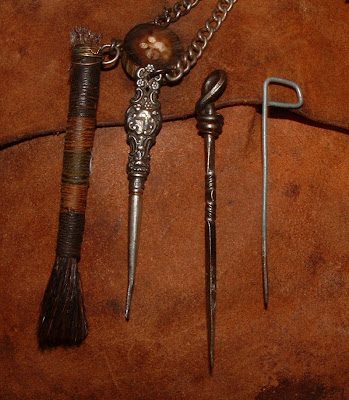 My horse hair pan brush I made and vent pick on a chain which hangs on the woven strap of my shot pouch. Two other types of vent pick are also shown. The pan brush is used to brush the pan clean of any black powder residue. The vent pick is used to make sure the vent is clear and not blocked with gunpowder. 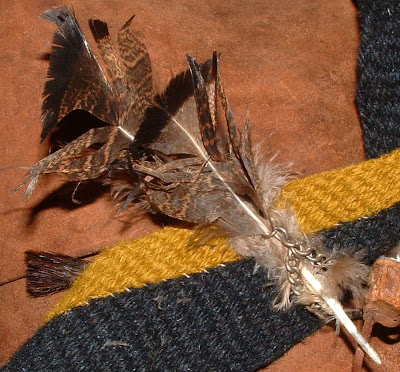 Vent quills. These are turkey quills but any quill will do so long as it will fit into the vent. Sometimes these can be used to keep the vent clear when loading, but I mainly use them to show that the gun is still loaded especially when I have emptied the pan and not fired the gun. 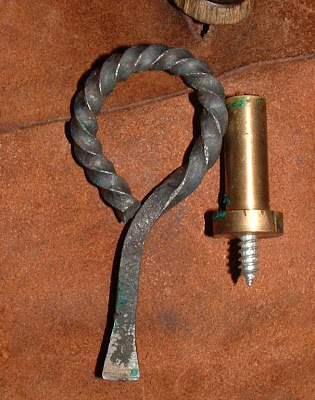 A turn screw (screw driver) and a screw. The driver is used to remove the barrel and lock for cleaning, and to repair the lock if required. The screw is used to "pull the load", you attach the screw to the end of the ramrod and insert it down the barrel. Then you screw it into the soft lead ball or the wad, depending on whether or not you are using ball or shot, and pull it out. This is done if you don't wish to fire the gun but want to store it away, or if the load should get wet and won't fire. 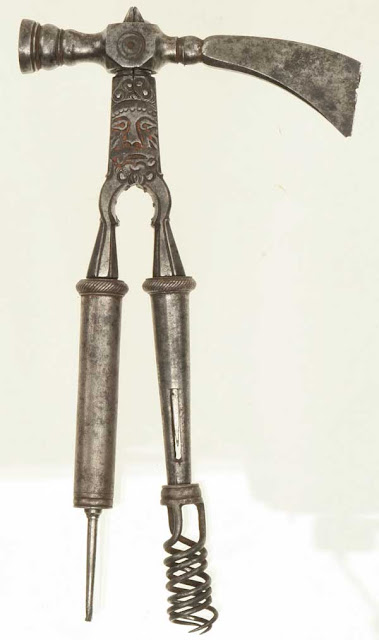 This is a 17th century gun tool. The minature hammer poll tomahawk head is used to knap the flint or tap out a barrel pin. The vent pick you can see, and the other is a worm which is used to wrap tow round to clean the barrel. This too is screwed onto the ramrod. (wait until our Dwarf cut throat razor collecting friend sees this, I bet he starts collecting them!). 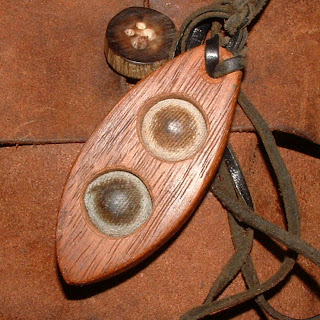 The bullet board of ball block. This one holds two round ball wrapped in greased linen patch material. This is for fast reloading. The ball is placed over the muzzle and pushed down the barrel with the ramrod.

Two original bullet boards of a smaller rifle calibre.
Posted by Keith at 04:01

I thought you would :)

nice gear... small tools help avoid big problems. Hand made means they will last.
I have so many pcs of gear tools and you can still never have enough.
AVOID PLASTIC and you will have a more harmonious outcome.
Doc Groundhawg